So often I hear from clients, whenever I show my work in a public place. ?I want to live in that painting. I can just envision myself there.?
Well it has happened!

In 1994 I created a watercolor entitled Sophias Rest. I felt really good about that painting and decided to publish it as a poster print. 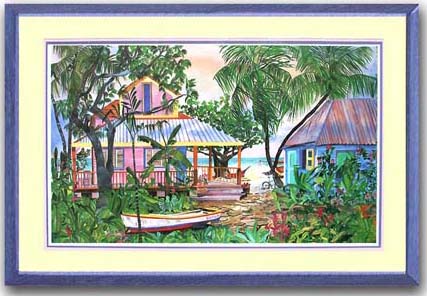 A few months later a couple in the Florida Keys purchased one of my Sophias Rest Posters. The husband wrote me an email. ?I?ve always looked at that funky beach house that hangs on our bedroom wall and wanted to build it.?

He called me and asked me if he could. Or course I said ?Yes? So in 2004 I received a set of blueprints showing site plan with the main house and guest cottage. 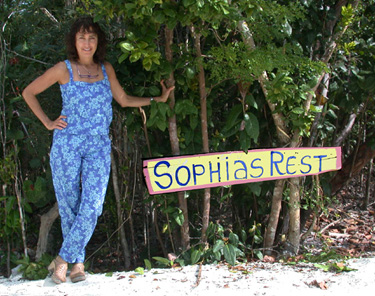 He and his wife love and travel to the Exumas often. They bought some land on Great Exuma to build Sophias Rest. The waters, sky and air are crystal clear.

Several months later I received the blue prints. Another email arrived shortly after. He wrote, ? I think most people think I am nuts when I tell them I am building a painting in a foreign country! But I have always looked at that painting of a funky beach house and wanted to build it.? 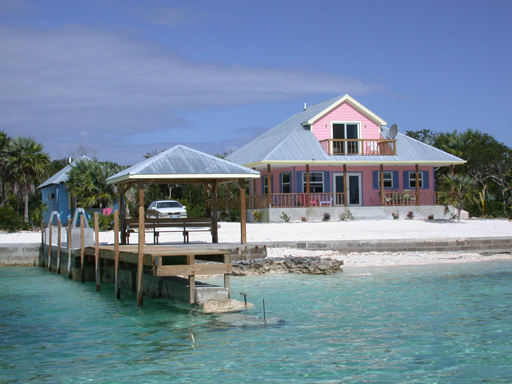 It took them 1 year to build the main house, cottage and garage. It was finished in Dec 2006. They contacted me again and invited me to come for a visit. So in January 2007 I went. When I got out of their car I said ?Pinch me. I feel like I am standing in my painting.? There before me was Sophias Rest and the cottage. I was standing in my painting. Talk about ?manifesting my dreams?
So for the next 5 days you could say ?I slept in the cottage in my painting?. 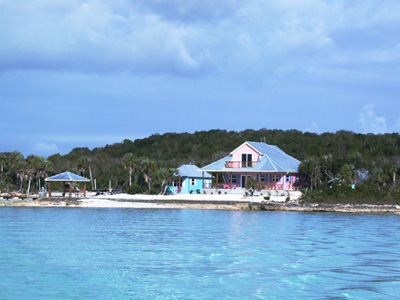 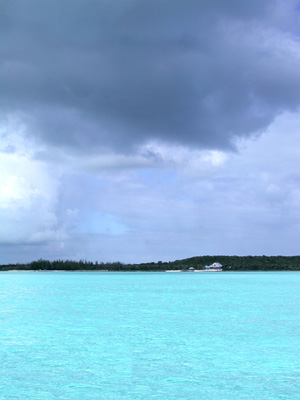